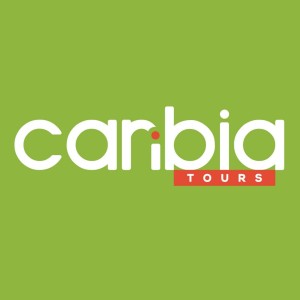 Barranquilla is known worldwide, among other things, for hosting the most important festival in Colombia: the Carnival of Barranquilla, an event that brings together thousands of tourists between February and March each year, and has positioned itself as one of the most important events in Latin America. However, few people know about the hundreds of activities that can be experienced during the rest of the days when the official events of this festivity are not present.

To begin with, let's say that Carnival is present in Barranquilla 365 days a year, in many ways, for example through the recently inaugurated Carnival Museum, which gathers in three rooms the charms of this celebration: its beginnings, rhythms, dances, and costumes, or the workshops of the master artisans who continue to produce handicrafts for export. But above all, the Carnival is kept alive, with the immense variety of cultural displays that take over any open-air space in the city, and that with a little luck you will be able to find during a traditional tour.

Carnival is part of the DNA of all 'Barranquilleros', but the typical or immigrant food restaurants, the places to dance Caribbean music or its majestic Magdalena River, are just some examples of the must-sees that all travelers must experience when they come to the city, whether for business or vacation.

Here are 10 things that surely you had not been told about what you can do on your trip to Barranquilla and some municipalities of the department of Atlántico:

2. Visit the breweries of the 100% Barranquilla craft breweries.

Although few know it, Barranquilla is a city with beer culture. Here was born more than a hundred years ago what today is known as the second most consumed beer in the country and one of the best known in Colombia: Aguila beer. And it began as one of the 6 breweries that are produced right now in the city: Hafen, Magdalena, Oveja Negra, Puerto Escondido or Tresquince, with stories that pay homage to the Colombian Caribbean culture.

3. Learn to dance Cumbia, Champeta, Salsa and Mapalé in a dance school

More than just watching people dancing in the most popular discos of the city, if you are a music and dance lover you can live the experience of learning their basic passes in one of the most traditional schools in Barranquilla. Where you can also learn the history of each of them, some curiosities and how today they are part of the culture of Barranquilla.

4. Playing an instrument in one of the most important bands in the Caribbean

Playing an instrument? That's right! Don't worry, you don't need any previous knowledge, a teacher and children from the Fundación Banda Departamental de Baranoa will teach you how to play the basic tunes of the 'Alegre', the 'Llamador', and 'La Tambora', the basic drums of the Cumbia rhythm, and then you will be part of the musical ensemble with more than 60 children musicians from the state on stage.

5. Travel by boat through the canals of the Salamanca Island Natural Park

Known as 'the airport of migratory birds' the Salamanca Island Natural Park is a protected area that, although it is geographically located in the Magdalena state, its access is much easier from Barranquilla. This place is a must for nature lovers, here you can see endemic birds of the region, aquatic animals and the great variety of flora and fauna found when navigating through its channels.

6. Contribute to the environment in a beach clean-up day

Very close to the Salamanca Island Park is the Ciénaga el Torno, a large portion of water where it is still possible to meet with artisanal fishermen of the area. This swamp connects with a virgin beach of the Caribbean Sea known for its sand dunes and the vegetation of its ecosystem. Despite the low presence of human life, it receives garbage from the interior of the country, so how would you like to give something back to the Colombian Caribbean while enjoying its unique landscapes?

7. Learn about the curiosities of the luxurious mansions in the El Prado neighborhood

The El Prado neighborhood, one of the most traditional sectors of Barranquilla, is known for its majestic buildings, today recognized as architectural heritage of the city. Houses with more than a century of history enchant architecture lovers and the curious who know about the characters that inhabited them and the inspiration in their designs and facades. For example, did you know that the Casa La Perla, today the cultural headquarters of the Simón Bolívar University, was inspired by the summer home of the famous filmmaker Charles Chaplin located in Niza?

8. Do a Colombian coffee tasting in the El Prado neighborhood

Colombia is coffee, regardless of the place you visit. This is why in Barranquilla you will also have the opportunity to taste 100% Colombian coffee, harvested and produced by a family of 'Barranquilleros' in a coffee town in the state of Antioquia. In this experience you will be able to learn about the different methods of coffee preparation and the flavors and textures that characterize each one of them.

9. Paint a typical handicraft of the Carnival of Barranquilla

Do you remember we said that Carnival is lived 365 days a year? This is how in Galapa, a municipality located 35 minutes from Barranquilla, hundreds of handicrafts are carved that exalt the most important festival in the country. In this experience you can be a craftsman for a day, learn about the process of making crafts in the home-workshop of a master craftsman, and paint your own with the guidance of a local master.

10. Visit the places that were related to Gabriel García Márquez

Did you know that Gabo had part of his beginnings as a journalist in Barranquilla? The whole city is a living museum of García Márquez's life, because of the stories that exist behind every iconic place in the city like the Hotel El Prado, where he had his first date with his wife Mercedes Barcha, or the 'New York Skyscraper', the place where he used to sleep in the Paseo Bolivar in the 50's. If you are a 'Gabitero', you can't miss this and other places that he even mentions in his biography 'Living to tell the tale'. 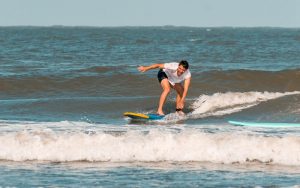 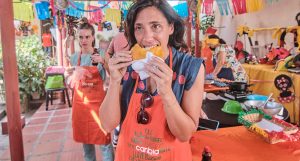